NATIONAL SAFETY MONTH
BLACK WOMEN PROMOTING PEACE & JUSTICE IN OUR COMMUNITY
by Danielle Nicole Motley
BWOPA/TILE DWJ Public Policy Fellow 2017
The month of June is generally recognized in this country as National Safety Month. Consequently, BWOPA/TILE's theme for the month of June is "Black Women Promoting Peace and Justice in our communities".  We are honored to have Ms. Danielle Nicole Motley, one of our 2017 DWJ Fellows, explain the way black women across the country, especially in the Bay Area have inspired and empowered her to continue the fight for peace and justice in our community.
"Were it not for Black women,
there would have been no one to fight for me and I would not be here to fight alongside you ..."
- Alicia Garza, co-founder of Black Lives Matter
Exactly one year ago, I visited the Bay Area for the first time. After falling in love with its possibilities, its history, and of course, the weather, I ended my visit knowing for certain that I'd soon return to make this my home, which I did so just a few months later. Of all the things that inspire me about the Bay Area, being out on the front lines, fighting for peace and justice alongside other Black women, is at the top of my list.
Since moving here, I immediately started building my community and connecting with some of the Bay Area's most phenomenal women. In September, just a few days after I arrived, I joined Essie Justice Group in Sacramento to lobby for SB1157, a bill authored by Senator Holly Mitchell to protect in-person jail visits in California. After a day of lobbying, we had the opportunity to meet with Senator Mitchell in her office. We packed her space with women whose lives had intersected with the criminal justice system. Their sons, daughters, mothers, fathers, sisters, brothers, and husbands were living life behind bars. We were also joined by formerly incarcerated women who were now fighting for the comrades they left behind. Although, SB1157 was ultimately vetoed by Governor Brown, the energy and passion shared amongst the Senator and all the women who were there fighting for their loved ones that day is unforgettable. Since that visit, I've been following the work of Sen. Mitchell, all of her priorities for 2017 focuses solely on protections for youth, expanding mental health services and fostering environments for families and communities to thrive. Senator Mitchell continues to be a warrior for us all!
Last October, during the Black Panther Party 50-year anniversary celebrations, I had the privilege of attending various events where I sat at the feet of amazing Black women, like Angela Davis, Elaine Brown, Erica Huggins, Fannie Haughton and others whose lives I'd only learned about via books and documentaries. Although, each of these women are still active in the struggle, and fighting for our community in their own way, it's evident that their legacy and spirit guides the work of the countless women who have come after them.
Black women built this country and Black women are fighting to save this country. We do it everyday we wake up to fight to overcome bigotry, hatred and injustice in our communities. Black women like Carol F. Burton, BWOPA State Board Member, who fights for decarceration, children of incarcerated parents and various other public safety initiatives in the state of California and nationally; and Lateefah Simon, President of Akonandi Foundation and the first Black woman to be elected to BART Board of Directors, who vowed during her victory speech on election night that if Trump won, we'd only fight harder!; and Taina Vargas-Edmond, Founder and Executive Director of Initiate Justice, who leads an organization that engages people directly impacted by incarceration to write, pass, and implement California state ballot initiatives; and Dr. Fatima Alleyne, West Contra Costa County Board of Education Board Trustee and 2016 Dezie Woods Jones Fellow, who advocates for education equity and quality public education; and Carroll Fife, who is leading the fight for Cannabis Equity in the city of Oakland,  which seeks to eliminate barriers and right the wrongs of structural racism and the impact of the War on Drugs in our community, alongside city Councilmembers, Lynette McElhaney and Desley Brooks; and lastly, but certainly not least, Dezie Woods Jones, State President/CEO of BWOPA/TILE, who paved the way for Black women like me to have a viable path to public office, where I can continue to fight and enact change in my community.
I could never list every Black woman that I draw strength and inspiration from, as there are too many to name. So, to ALL the Black women in the Bay Area and beyond, who have dedicated their lives to promoting peace and justice in our community, those on the front lines, and those behind the scenes, those from the past whose spirits still lives amongst us and the leaders of the future, I see you. I love you. I'm inspired by you. I'm honored to be in this fight alongside each one of you! My hope is to meet many more of you dynamic women in my journey towards change.
Join the movement to support BWOPA/TILE's effort to build the leadership bench for social change. Invest in our young leaders to create the change we want to see in our world. 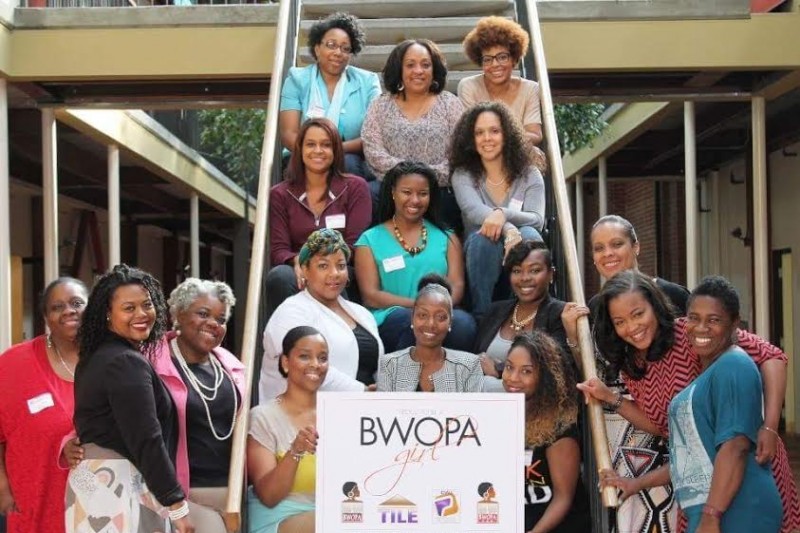 Remember, when you give back, you change lives.  www.bwopatileleads.org 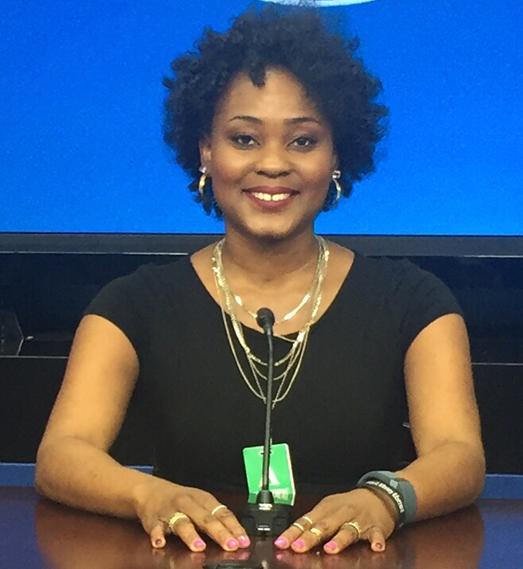 National Physical Fitness Month
by 2017 DWJ Fellow Chasitie Neal
This month BWOPA/TILE and the DWJ Fellows are proud to celebrate National Physical Fitness and Sports while acknowledging Black Women Advocating for Healthy Living. My name is Chasitie Neal and I am a DWJ Fellow from Fresno, Ca. My DWJ Fellows public policy issue area is economic security. I chose economic security because I felt that it is extremely important to understand how to gain economic freedom as an African-American in today's society. One of greatest opportunities and failures of the African American community has been in gaining and keeping economic security. I found it interesting that we have a billion dollar shopping power but our business on average aren't making $100,00 a year. Redlining has always been our enemy, but our voices, our presence, and our money does matter.


This January our tennis queen, Serena Williams, won her 23rd Grand Slam singles title at the Australian Open at 35 years old, and guess what? We recently found out that she was two months pregnant. Last year, Williams won her seventh Wimbledon, adding the latest title to her title total 37 major titles at the Australian Open where she beat her older sister Venus Williams.
Add your reaction Share

May is National Asthma and Allergy Awareness month. This time of recognition and awareness is important to me considering the fact that I am a 44 year-old African-American woman who has dealt with asthma and allergies all of my life. My family and I are quite familiar with this disease in that my grandparents, parents, siblings, aunts, uncles, cousins as well as my own two children have all been diagnosed with some form of allergies and asthma.

Asthma is a chronic disease of the lung airways. When someone is having an asthma attack, their airways become inflamed and narrow as a result of reacting to "certain triggers", making it extremely hard for that individual to breath.

According to the U.S. Department of Health and Human Services, more than 3 million African-Americans have asthma. As a result of several risk factors which include poverty, poor housing and the inability to access quality healthcare, African-Americans are three times more likely to die from asthma-related illness than their white counterparts. Asthma is also the leading reason why kids miss school.

Although there is no cure for this disease, people with chronic asthma can have productive lives by taking the necessary steps to keep asthma under control.

For one, know your triggers.

As with a lot of asthma sufferers, allergies, mildew, mold, dust, smoke, pollen, stress, cold air and some forms of exercise usually instigate asthma problems for me. Some other "lesser known" asthma triggers include second hand smoke, outdoor air pollution, perfumes, colognes and other strong scents, being overweight, pet dander and cockroaches. In order to maintain good health, it is imperative that asthma suffers minimize exposure to their triggers as much as possible.

It is equally important for asthmatics to stay in the best possible health year-round since colds and flu's can also be a catalyst for asthma attacks. Thus, regular visits to the doctor are a crucial part of being able to function with asthma.

Unfortunately, the president and the Republicans in the House of Representatives don't think my doctor visits are important or even necessary. On May 4th, , they passed the GOP health care bill, that if it is passed in the Senate, will probably cause me and 24 million Americans to lose their health benefits. Not to mention, individuals with pre-existing conditions, such as asthma, will not be able to obtain health insurance.

To help put this travesty into perspective, when the GOP healthcare bill passed, Senator Bernie Sanders tweeted, "Donald Trump and the Republicans just celebrated voting to let thousands of Americans die so that billionaires get tax breaks..."

The great news about this turn of events is that we don't have to lie down and accept anything this administration attempts to pass that will be detrimental to our society.

We have the power to fight back. We have the right to protest. We have the courage to stand up to self-serving "political bullies". We must support organizations that lead the charge towards social justice.