In Tribute of our Ella Hill Hutch Honorees 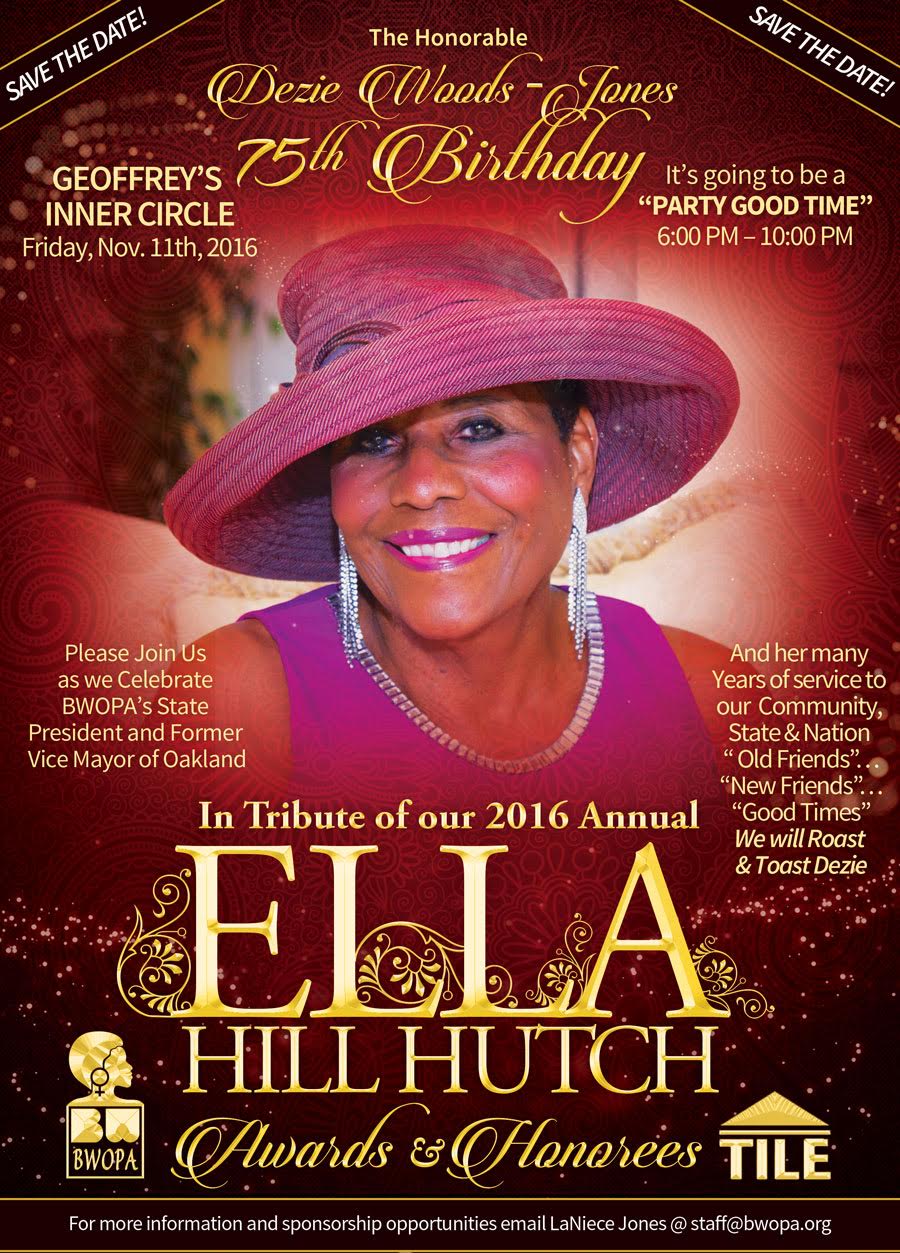 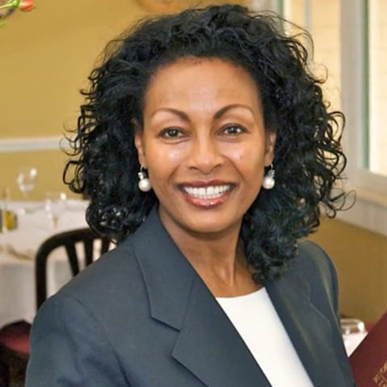 Menbere's work in the Richmond/Contra Costa/Bay Area is enormous and includes sponsoring an annual Thanksgiving Dinner to homeless families.  To add to the list, for mother's who live in public housing, she hosts a special Mother's Day recognition dinner, teaches etiquette classes to young girls, exposes them to positive role models and the tools needed to live and lead a life with hope and prosperity.

As an active member of the BWOPA Richmond.Contra Costa chapter, her advocacy for women/girls and domestic violence prevention has set her a part as our Ella Hill Hutch recipient for 2016.

Social change agent, Nyeisha T. DeWitt, Ed.D. leads as the Interim Executive Director and Co-Founder, Oakland Natives Give Back (ONGB). ONGB is a non-profit organization dedicated to increasing academic excellence for Oakland youngsters by increasing the high school graduation rate and reducing chronic absenteeism.  Among her many accomplishments is the ONGB collaboration with the California Every Day Counts Attendance Challenge initiative.  Her leadership in this area has set the stage for the creation of statewide policy through a partnership with the office of Assemblymember Rob Bonta.  It is for her heroism in tackling the chronic absenteeism and dropout crisis to change the outcomes within the Oakland community that Dr. DeWitt is the Oakland Berkeley Chapter Ella Hill Hutch award recipient for 2016. 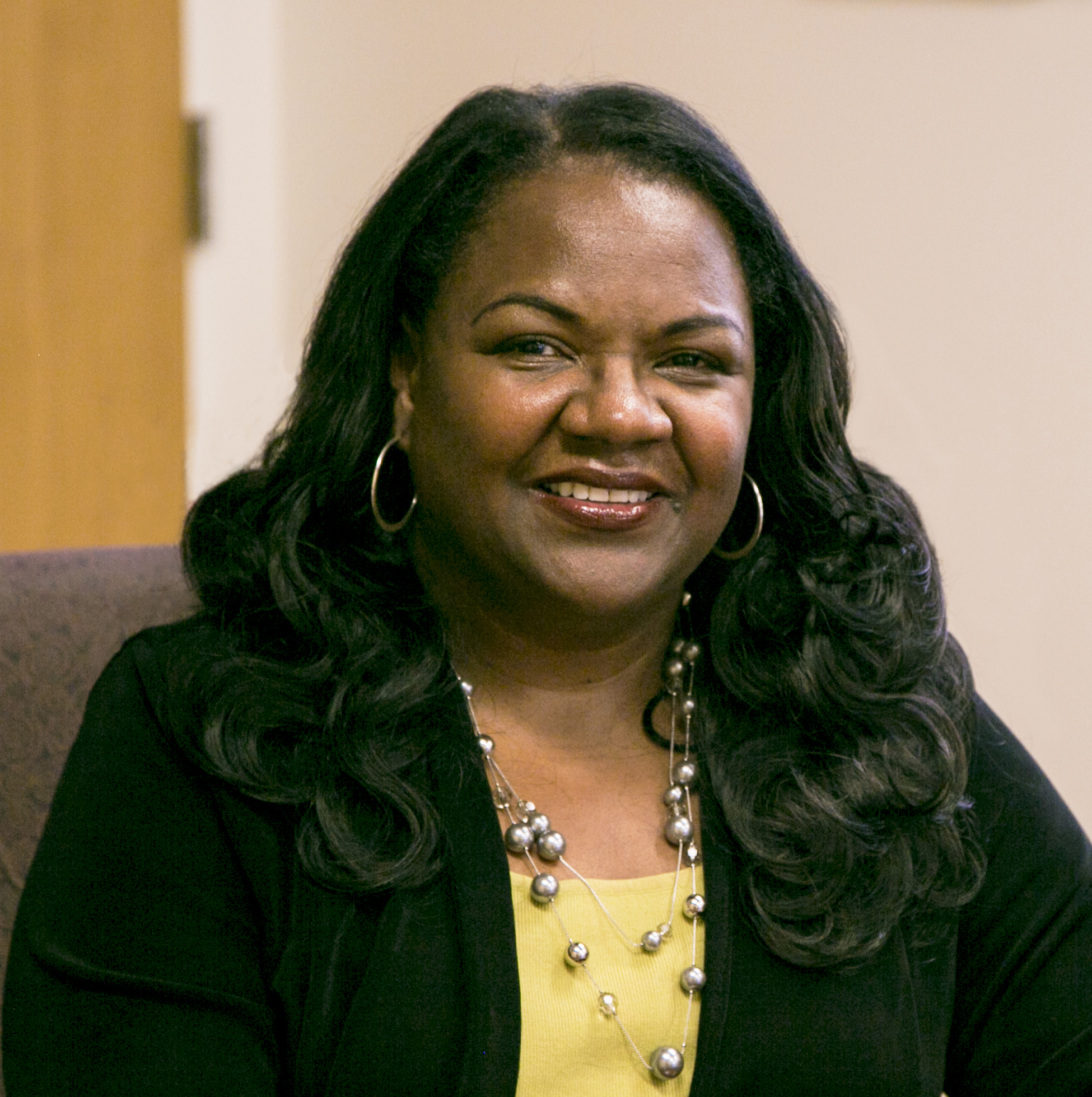 Dr. Regina Stanback Stroud has been selected as the San Francisco/Peninsula Chapter Ella Hill Hutch Award recipient because of her tireless work and extraordinary vision on behalf of students, faculty and staff of the San Francisco Bay Area and beyond. Dr. Regina Stanback Stroud, President, Skyline College has been an educator in the California Community Colleges for more thirty years.

Regina is a loving, courageous,(s)hero who continues to give of her time and talents to make the San Francisco Bay Area better and the Chapter is honored to select her as our Recipient for 2016.

Cherella Nicholson, Founder and Managing Partner of The Little Big Project (TLPB) have worked to find progressive methods to tackle educational and social justice issues for more than decade. TLBP has a target interest in working to impact and improve college and career readiness by hosting career-focused vision board activities across the nation. Beyond education, Cherella coaches and trains communities to work closely and collaboratively with residents, stakeholders and legislators through White-House initiative, Building Neighborhood Capacity Program.

Cherella serves as BWOPA chapter president of the Fresno/San Joaquin Valley chapter, working hard to create a platform for African American women to have a stronger political voice in the conservative valley.  Cherella Nicholson is a candidate for State Center Community College District Trustee. She is running for this seat to be an effective community college trustee.

Rhodesia Ransom is a proud resident of Tracy who is devoted to strengthening our local economy, improving public services, expanding opportunities for our youth, and protecting the high quality of life that attracts families and jobs to our community. Ransom serves as a city of Tracy planning commissioner and works to revitalize downtown Tracy and attract new jobs while protecting our community's vital agricultural resources and preserving its small town character.

From 2006-2008, she held an appointed set serving on the San Joaquin County Civil Grand Jury where she helped expose wasteful spending, as she worked to improve transparency, efficiency and service delivery across dozens of public agencies.

Ransom is an active BWOPA member and also serves as a member on a host of boards and committees. Rhodesia Ransom earned her Bachelor's Degree from San Francisco State University and her Masters in Public Administration from Golden Gate University. BWOPA Stockton/Tracy honors Rhodesia for her outstanding community leadership and service. 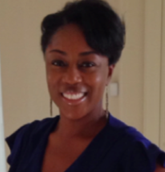 Former Men of the Year