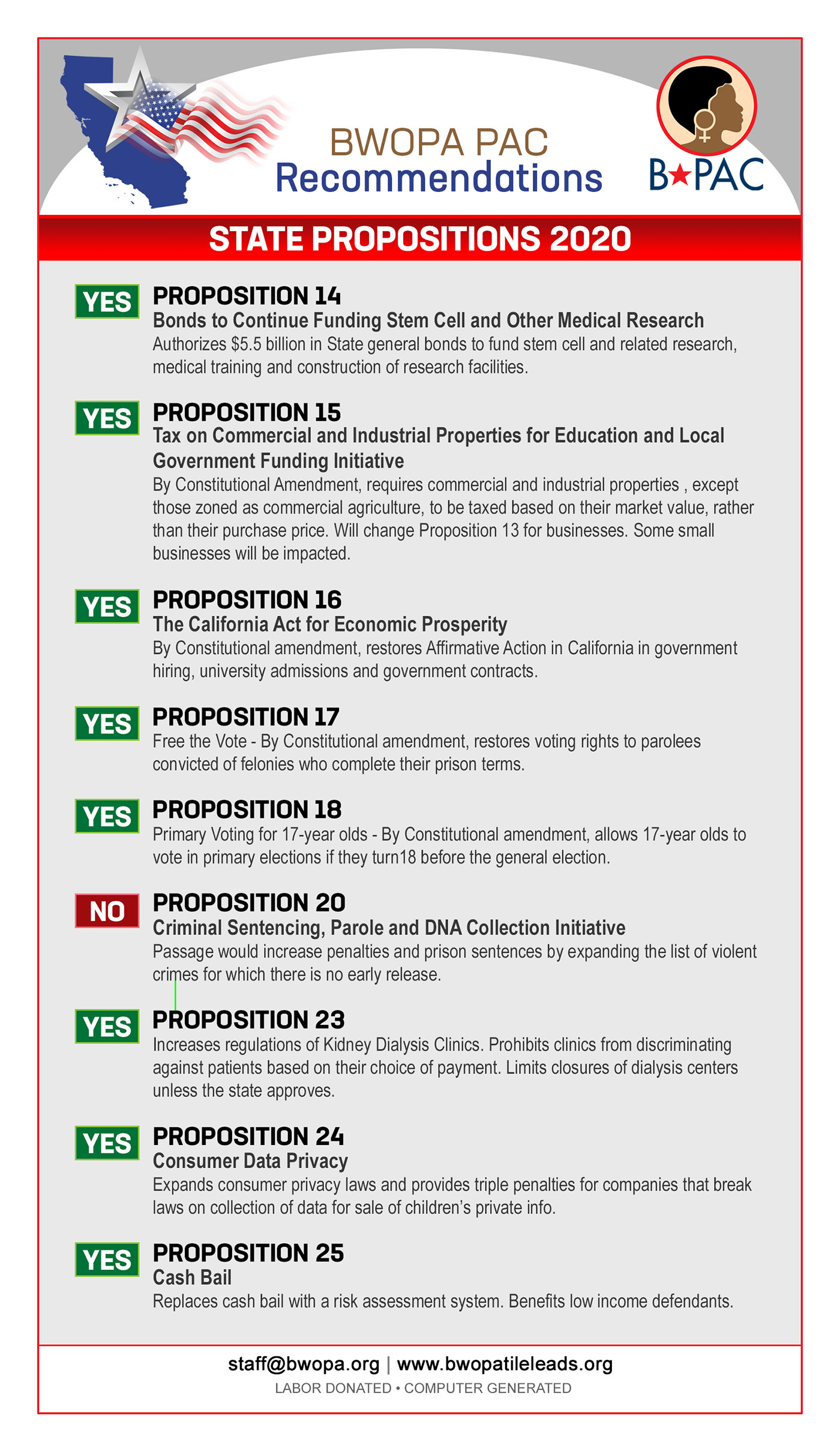 BWOPA’s mission is to activate, motivate, promote, support and educate African-American women about the political process, encourage involvement, and to affirm our commitment to, and solving of those problems affecting the African American community.

Health: African-Americans have higher rates of chronic illnesses such as diabetes, heart disease, stroke, obesity, HIV/AIDS and cancer. African-Americans also are more likely to suffer from depression and substance abuse, and have less access to quality care due to financial barriers and lack of insurance.

Criminal Justice: African American youth and adults are more likely to be incarcerated than their white counterparts.  BWOPA advocates for fair policies that reduce discrimination in the adjudication process that provide alternatives to incarceration for youth and drug offenders, encourage prison reform that promotes rehabilitation, and assists those who were formerly incarcerated in re-entering the community; particularly providing assistance to African American women and girls incarcerated in California institutions.